How to improve Service Value for a Higher Star Rating in Ceiling Fans? 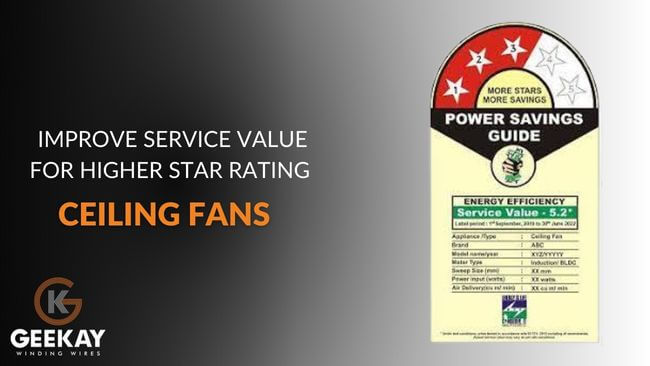 How to improve Service Value for a Higher Star Rating in Ceiling Fans?

The BEE star rating mandate for ceiling fans came into effect on July 1st 2022. This standard requires all fans manufactured, imported or sold in India to be energy efficient. This regulation prevents the sale of new fans not conforming to the standard.

Apart from the quality mandate from the Government, fan consumers are getting increasingly energy conscious. When it comes to buying a new fan, they opt for models that have a higher star rating to benefit them in the long run.

As a fan manufacturer, it is time for you to innovate and upgrade to improve the energy efficiency of all your fan models. Getting a higher star rating is the right approach towards that.

Before we dive into tweaking the performance for a good rating, let us see how ceiling fans are rated.

What is the BEE Star Rating for Ceiling Fans

BEE or Bureau of Energy Efficiency is a standards organisation associated with the Ministry of Power. IS 374:2019 is the rating standard issued by them for ceiling fans in India. This standard enforces new ceiling fans to meet some specific safety and performance requirements to qualify as energy efficient.

Based on the blade size, fans need to meet the minimum performance requirement to be eligible for star ratings. To evaluate the performance of a ceiling fan, a metric called Service Value is used by BEE.

Here, the Service value indicates the volume of air delivered per wattage of energy consumed. The higher the service value, the better energy-efficient the fan is.

Not meeting the minimum service value in the lab test declares the fan model ineligible for the star rating. They have to improve the performance of the model and reapply.

Here is the service value and star rating chart for fans of different blade sizes.

How to improve service value for a higher star rating?

1. Increase the airflow by improving the blade design

The blade shape, number of blades and blade pitch determine the airflow of a ceiling fan. You can increase air delivery by

Increasing the blade size and the number of blades improves airflow. (But this in turn increases the weight and drag, making it less energy efficient.)

Increasing the blade angle also increases airflow. The optimal blade pitch for residential fans is 12-15 degrees or lesser based on the design.

Similarly, for airfoil-style blades varying blade angle over the length of the fan blade can give maximum airflow. Say, giving a steeper angle towards the centre of the fan can give better airflow as fan speed is low here. Likewise, towards the tips fan speed is high and to limit the drag and maximise energy efficiency, go for shallower angles.

The motor is the heart of a ceiling fan and optimising its performance increases the overall energy efficiency.

The winding coil is the key component of a fan motor. Copper and Aluminium are widely used winding materials for their good conductivity and cost efficiency. Using pure copper and aluminium instead of recycled ones can help lower power consumption, thus increasing the star rating.

The cross-sectional area of copper winding is less than aluminium winding, enabling tight winding. This in turn allows you to maximise the wire inserted in each slot, thus maximising the torque.

However, due to the increased cost of manufacturing some manufacturers are opting for aluminium winding which can give good results with a proper design. The limitations are

(ii) making end connections in aluminium more difficult than in the case of copper.

To improve star ratings, the quality of components used in ceiling fan manufacturing matters a lot. Geekay is a leading winding wire supplier focused on quality and cost economics. Check out our winding wire offering for the fan industry. 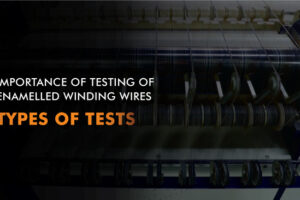 Importance of Testing for Enamelled Winding Wires – Types of Tests

In our previous article on Testing of Enamelled Winding Wires,[...] 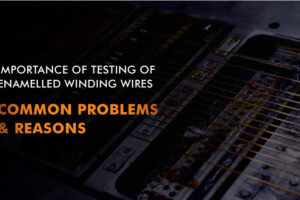 Winding Wires are an integral part of any motor and a crucial component that impacts the efficacy and durability of the equipment. Even though it seems simple, winding wires or magnet wires are complex products with a wide variety of elements which can impact their application, efficacy and life. Learn about the common problems & reasons which may impact their performance 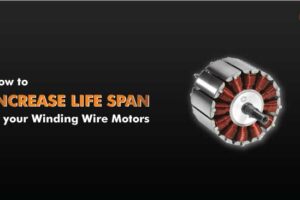 How to increase the Life Span of your winding wire motors

How to increase the Life Span of your Winding Wire Motors

As we all know that motors are used everywhere in industrial environments and are becoming extensively technical...

Stay Updated with our Newsletter.

Please provide us your details. The Brochure will be emailed to you